I know that Anna is not an American Girl Doll, but she is played with as one of my “kids”, so I thought that she could use a little attention. Besides, I’m dying to show you all of the different expressions she can make just by the angle of her head 🙂 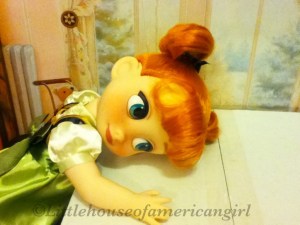 Anna laid her head on her little play table feeling very blah. “I’m bored.” Anna sighed. She stayed there a little while longer and then- 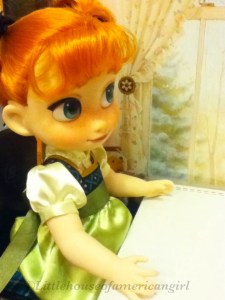 -she sat up! “I know what I wanna play with!” Anna exclaimed. 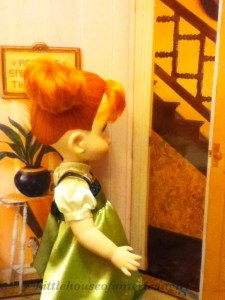 She quickly headed out the door. What was she up to? 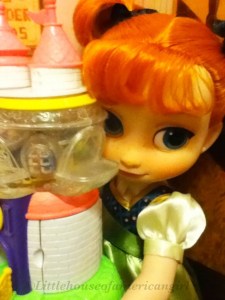 She was getting her Squinky Castle of course! 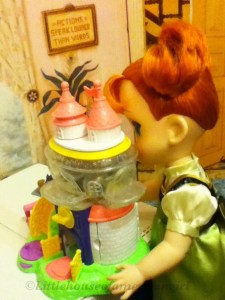 She gently placed the castle on her table. 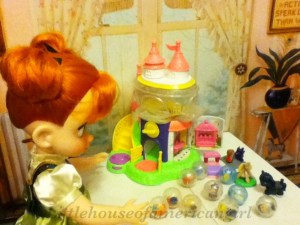 She took off the lid and got out all of these squinkies! Which one will she take out of it’s bubble first? 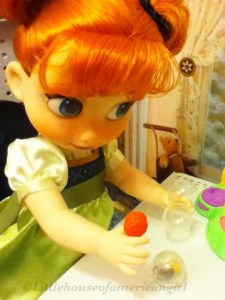 Anna looks very happy with this one! But who is it? 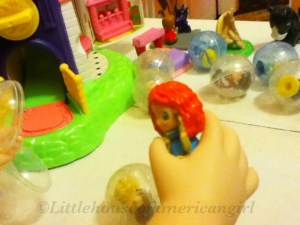 It’s Merida!! She is her favorite Disney Princess right now. But I have a feeling once she sees Frozen, she will LOVE Anna 😉 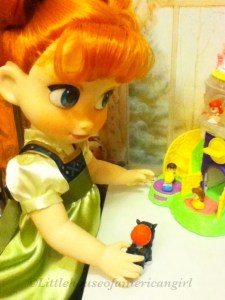 Anna played for a long time. But after a while, she started to get hungry and a little tired of playing with squinkies. 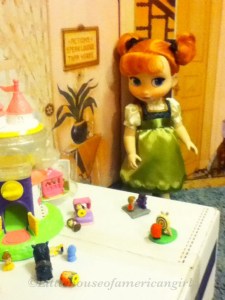 She got up and went to the door, she was on her way to get a cookie. But she was leaving quite a mess behind! “I’ll pick it up later.” Anna said. 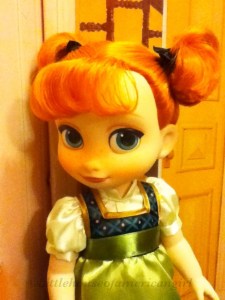 But it looks like she knows, she’ll end up watching a movie and one of her big sisters will be cleaning up her mess!

Anna is truly an amazing doll and I am SO happy to have her! I hope to add Kristoff to my little family sometime as well, but I don’t expect that to be soon. He’s been sold out for a while and I can’t find him anywhere 😕

Do you have any squinkies?

I hope you enjoyed!
~Jaclynn~
P.S. Today is the LAST day to vote for who you think looks best in the Cozy Sweater Outfit. If you haven’t voted yet, there’s still time! Simply CLICK HERE to vote!

29 Responses to Anna Plays With Squinkies