I know that this Elsa doll is like a Barbie and that this is an American Girl Blog, but we talk about all kinds of dolls, so why not have a different type of doll in a post once in a while, right? 😉 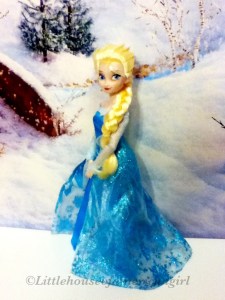 Doesn’t Elsa look so radiant in this picture?! 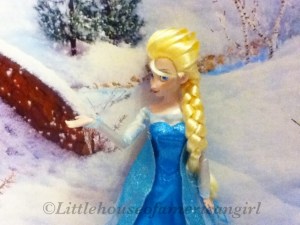 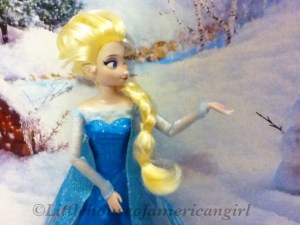 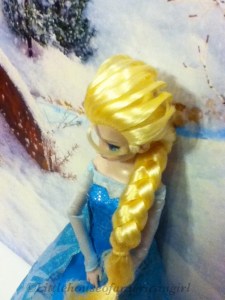 The first thing I have to say is that her hair is AMAZING! They did a fantastic job with her hair! 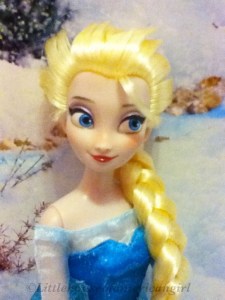 She has such a pretty face and I love the make-up on her eyes! Too pretty! 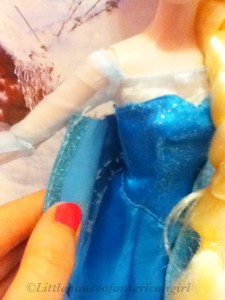 Unfortunately my Elsa doll came with a couple imperfections. Although I inspected several of the dolls in the store, I did not see that her cape was coming un-sewn. That’s a bummer, but my mom said she can fix it for me 🙂

The other problem (I couldn’t take a picture because it’d be too difficult to see) is that her left leg is tilted in which makes it shorter than the right. That makes it hard for her to stand up, so usually I have to lean her against something or hold her up myself. So hopefully this teaches you 2 things:
1. Inspect the doll as much as you can before you buy/open her.
2. When opened, do not throw away all of the packaging right away. Make sure there’s nothing wrong with her first and then throw it out. 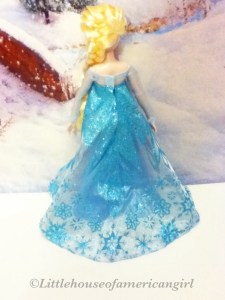 Her cape is so gorgeous and the detail is amazing! This is definitely one of the best parts about her! 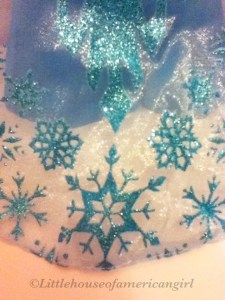 Close up of the cape, so you can see the detail. 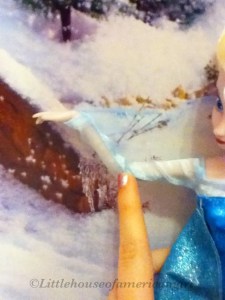 Something I really like about her is that her arms can move in three different places- at the shoulder, at the elbow, and at her wrist. This makes her very fun to pose!

Now I’m going to show you the differences between two Elsa dolls I have. 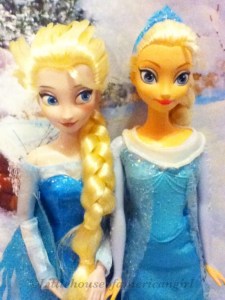 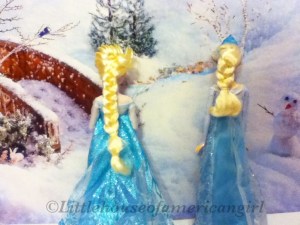 Here you can see how different their hair and cape is. I LOVE Elsa A’s (Yes, I got tired of saying the one on the left 😛 ) hair!!! It’s perfect!! 😀 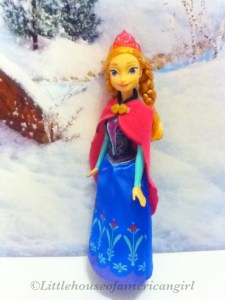 I thought I’d show you the Anna I have as well. The one from Disneyland is 10 times better, but I haven’t gotten around to buying her yet. 😉 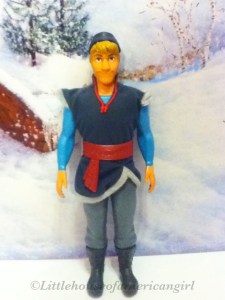 And here’s my Kristoff! He’s cool, but the other one is also 10 times better. I plan to add the better Kristoff and Anna as well as Hans to my collection someday. 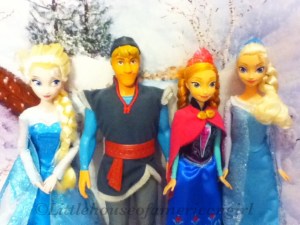 I hope you enjoyed my review! Let me know which ones you have! I’d love to know!
~Jaclynn~

25 Responses to Elsa’s Photoshoot and Review