I Got A Package!!

Yay! My prize for winning in Natalie’s Photo Challenge (at Doll Diaries) has finally arrived! I took a couple of pictures so you could see 🙂 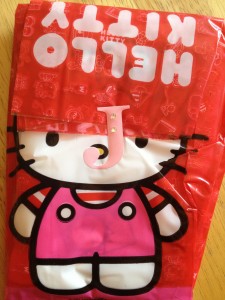 It was inside a cute little Hello Kitty bag and sealed with a “J” sticker! “J” for my name- Hehe! 😀 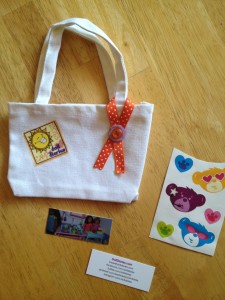 How cute! A little Tote Bag! Inside the Tote Bag was a couple of Doll Diaries business cards and some Build-A-Bear stickers! Her business cards are adorable- I get mine from the same company 😀

That Tote is just too cute! I’ll have to take some pictures of my dolls with it 🙂

Do your dolls like Tote Bags? What do they use them for?
~Jaclynn~