Yesterday I walked in my bedroom and heard Saige, Clara, Cecile, and Eli playing. They were being so cute that I just had to take some pictures of them! I started taking pictures a little late into the game, so if you’re confused by something, don’t worry- as a “mom”, I was a little lost on what was going on myself 😛 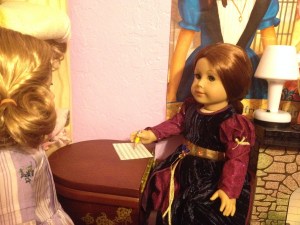 Saige (who was playing a princess) was writing in her diary when her servant (Clara) walked in.
“Your Highness, those two people who were here earlier would like to see you.” Clara said. 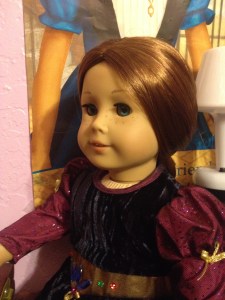 “Oh, yes, please send them in.” Saige said- trying to make her voice sound like an adult. 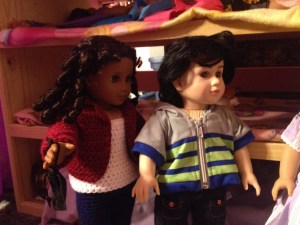 “Princess, we found something that will help us escape the evil duchess- uh- Melinda Zoosh!” Cecile hesitated as she tried to remember the name of the duchess. 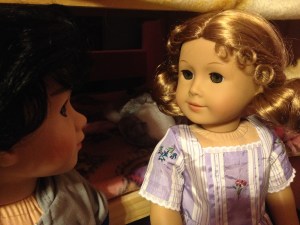 Eli whispered to Clara, “Uh, I think the servant would have left the room.” Clara smiled and said “Oh! Right!” and walked away. 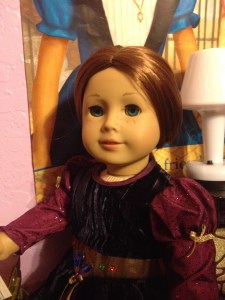 “Oh? And what is it?” The princess asked. 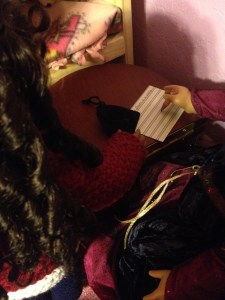 “It’s in this pouch.” Cecile said as she laid a black drawstring pouch on the desk. 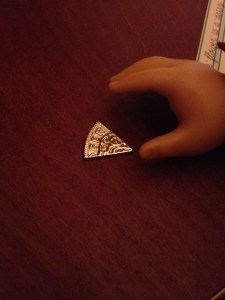 The princess opened it and took out an old coin (it’s really supposed to be something else, though 😉 ). “What is this?” The princess asked. 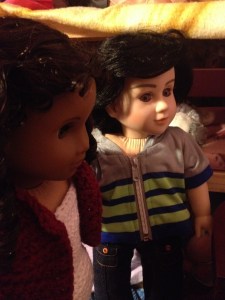 “It’s a travel stone. There were only three made and two have been used already. This is the very last one. We used the second one to get back here.” Eli explained. 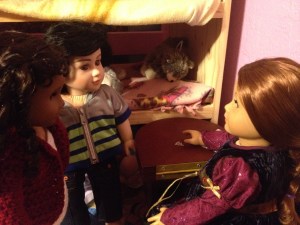 “Ah, I see. But- what are we gonna use it for?” The princess inquired. 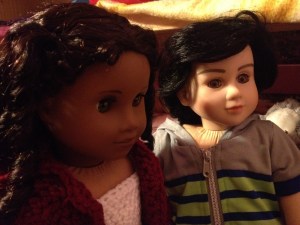 “We’re going to use it to get everyone in the kingdom away from the Duchess. We’re going back where we came from.” Cecile said. I’m pretty sure Cecile and Eli were really from the land they’re in now, but used a Travel Stone to take them to our modern day world. And then they used another one to bring them back. That’s what I was able to deduce 😉 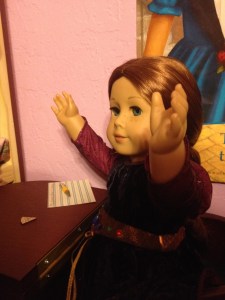 Saige threw her hands in the air and yelled, “HOLD IT! Time out on playing for a minute! Where on earth is this story going? It keeps getting more and more confusing!” 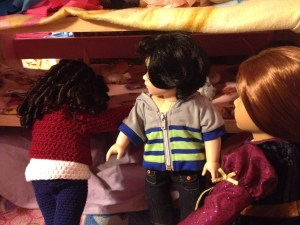 Cecile turned around and leaned over the bunk bed. “I don’t know! I’m confused, too!!” Cecile exclaimed. “Well, it is improv, it’s not all supposed to make perfect sense like a book, you know.” Eli said a little annoyed. 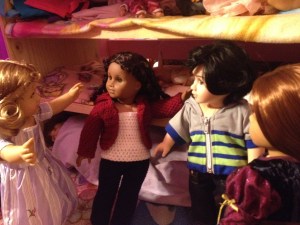 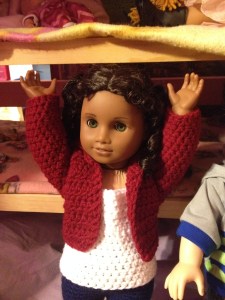 Cecile put her hand on her head and said, “WAIT! I have an idea!! What if me and Eli are really like minions or whatever to the evil Duchess and she wants everyone to go to another land for some weird reason that we don’t need to say, cause then we’d be really stuck!” 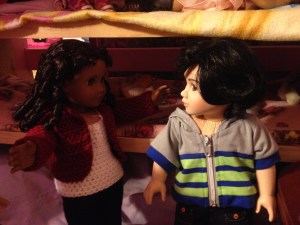 “Oh, that’s cool! I like playing the bad guy!” Eli said, finally getting into the story. I think he was a little bored at first 😛 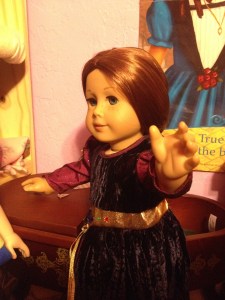 “Yeah, I like that!” Saige said, reaching her hand out to give Cecile a high five. 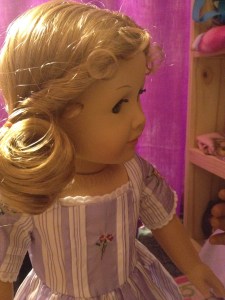 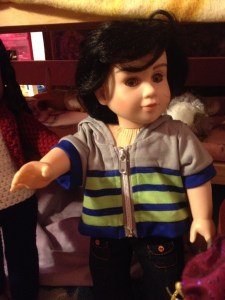 “Alright, so we should take you guys captive and tie you up or something!” Eli said with a grin. What a boy, right?
After everything had been settled they continued with their story. 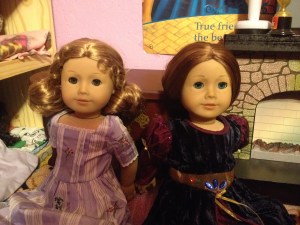 They played…
(They’re pretending to be tied up. Looks like Eli got his way 😛 ) 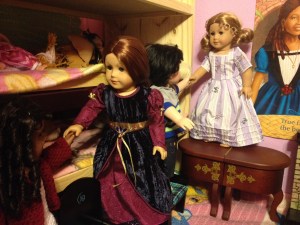 And played…
(Now Cecile and Eli were pretending to be different people who were helping Saige and Clara escape. They’re walking over a bridge that’s a 100 ft. high!) 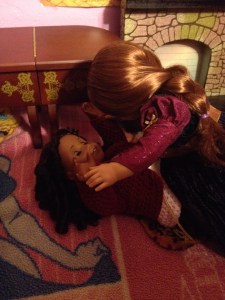 And they played!
(Saige was attacking Cecile cause now Cecile was being bad again 😛 ) 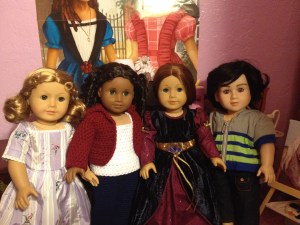 After they had finished their game I asked to take a group photo of them. Aren’t they just too cute? 😀

Do you ever have problems when you’re playing and just can’t figure out where the story is going? It happens to me all the time! 😀 😛