Eli really wanted to go outside and play soccer, so he asked his sisters if they’d like to play, but only Kiara and Clara agreed. 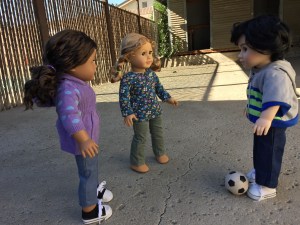 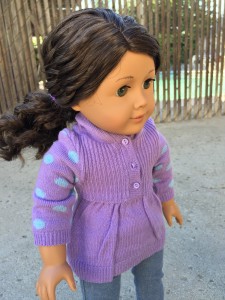 “Well maybe we can do it differently. Like how about two of us are playing against each other and one is the goalie, who tries to block the ball from whoever kicked it? And we can just keep taking turns!” Kiara suggested. 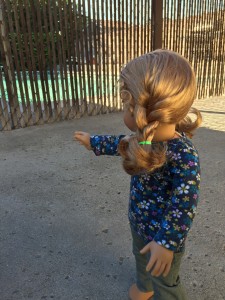 “That’s a great idea! We can use that fence for the goal!” Clara said excitedly. 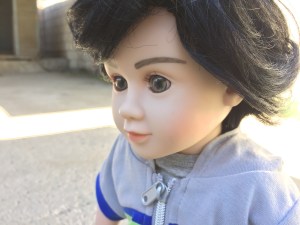 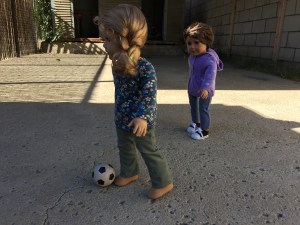 Clara had the ball, and Kiara was running over to get it from her. 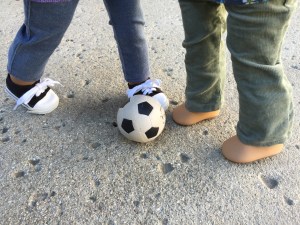 Oh no! Kiara got the ball! 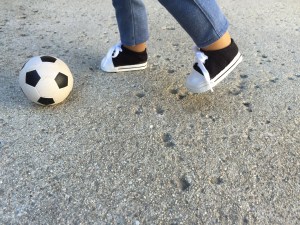 Kiara got ready to kick the ball… 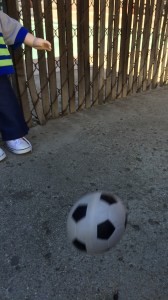 And it went flying! 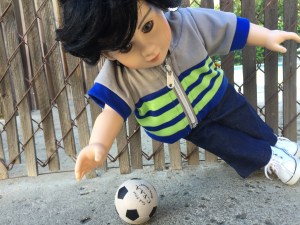 Eli dodged to the floor, to try to grab it, but it went right past him! 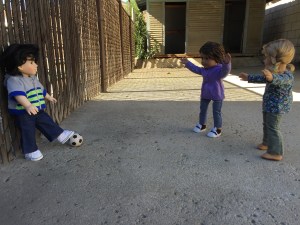 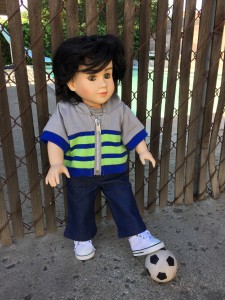 “That was a nice shot!” Eli praised. 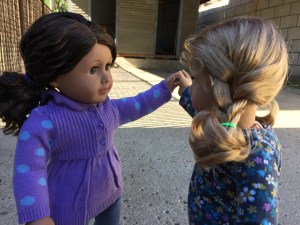 “Good kick!” Clara said, reaching her hand up for a high five. “Thanks!” Kiara replied. 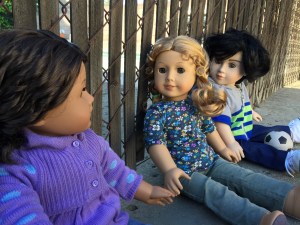 They played for two hours straight and finally, they were sitting up against the rail, feeling really exhausted from all that play.
“You guys wanna go back inside now?” Kiara asked. “Yeah! And we can have some rainbow sherbet ice cream!” Eli said excitedly. Kiara and Clara chuckled, and they agreed that ice cream sounded delicious!

Do your dolls like to play any sports?
~Jaclynn~