Here is where you can meet my other toddler dolls and 18″ dolls that are a part of my doll family. Some will have lots of details on them, and others won’t really have any 🙂 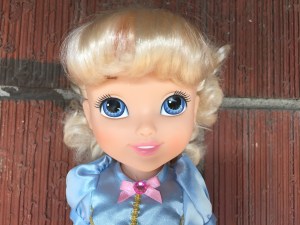 I got Bella for Christmas 2010 from my sister and brother in-law. She has such an adorable face! 😀 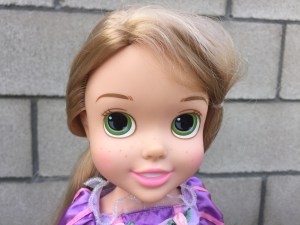 I sadly can’t remember when I got Rapunzel…. Must have been around the time Tangled came out. I love her hair! It’s so long and I love that it has some brown in it like in the movie! 😀 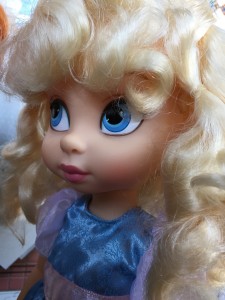 I got Ellie for Christmas 2011 from my sister and brother in-law. At first (when I saw her in the store), I didn’t think she was very cute, but as I looked at her more, she totally grew on me! She has such an adorable face! 🙂 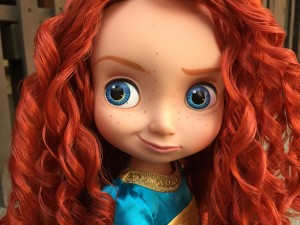 I don’t remember when I got Merida, but I do remember being in the Disney store and seeing her adorable little face. I had the money and knew I couldn’t pass her up, so she came home to live with me 🙂

Name: Merida
Nickname: None
Age: 4
Birthdate: March 19th
Personality: Merida is super independent and sneaky! She’s always trying to do things on her own and getting herself into some sort of trouble. 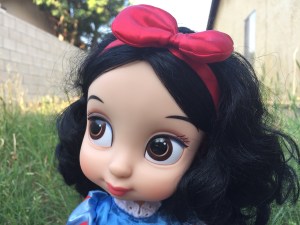 I got my little Snow for Christmas 2012. She has the sweetest little face and I love her!! 😀 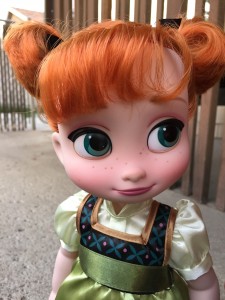 I got Anna for Christmas of 2013 from my sister and brother in-law. I love her so much! She looks very similar to young Anna in Frozen and I just love that! They did such a great job with her! 😀 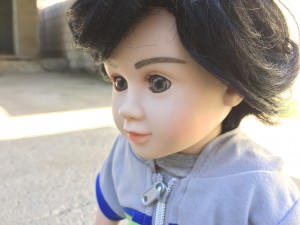 I got Eli for Christmas of 2013 as my big gift from my parents. I had hoped to get him, but didn’t expect to, so he was a joy to receive! His middle name is James, after my grandpa 🙂 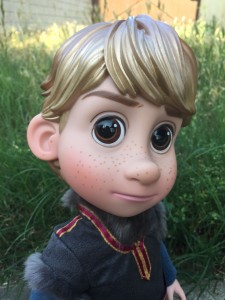 I got Kristoff on March 24th, 2014 . He was really hard to get as all Frozen merchandise was selling out immediately after it was put on the shelf or released online. I can’t tell you how happy I was to finally get him 🙂 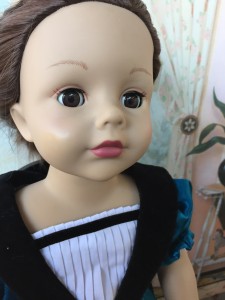 Lana was my first thrift store find and it was fun, but also a bit difficult to clean her up and turn her into something new 🙂 She was named after the actress Lana Parilla and I made her kinda like Regina – or The Evil Queen – from the TV show, Once Upon A Time. She entered my home on March 31st, 2014 🙂 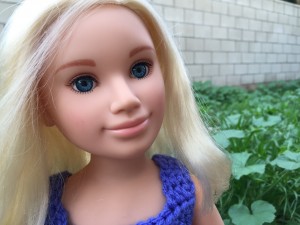 Belinda was my next thrift store find that I bought on January 29th, 2015. At first I thought she was just cute, but now I think she is SO pretty! Although I wished her hair could have been longer, I am still really happy with how she turned out after fixing her up 🙂

60 Responses to Meet My Non-AG Dolls