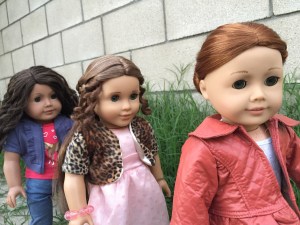 We left almost immediately after I had decided to go with Princess Katrina and Detective Monica to London. We traveled for hours without stopping. My feet and back ached, and my stomach was growling. Why didn’t we at least bring food?? 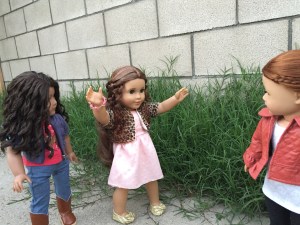 “Everyone, HALT!!!” Katrina yelled with frustration. Her yell startled me so much, that it made me jump! I think Monica must’ve been used to it since she just seemed to sigh and turn around to see what was wrong. 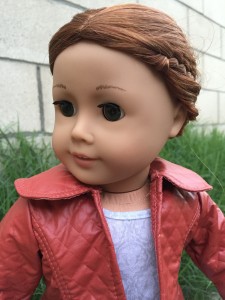 “What on earth is the matter with you?” Monica asked. 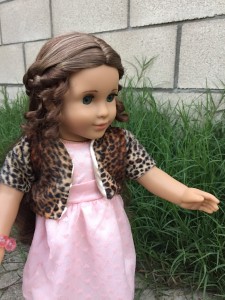 “I can not go one more step! My feet are hurting me far too much. I fear that the next step I take, I will collapse!” Katrina said, quite exaggeratedly. 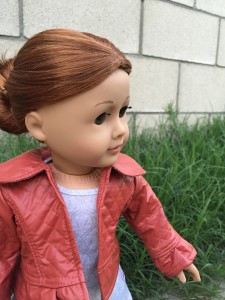 Monica slowly turned her head and rolled her eyes. “Is Katrina always like this?” I wondered. 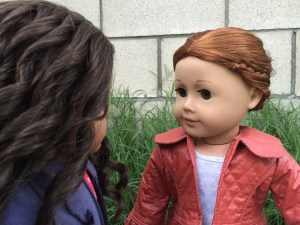 I walked over to Monica and said, “We have been walking for hours without stopping. My back and my feet hurt and I am starving. Where on earth are we walking to anyways?” I asked. I could tell that Monica was trying not to be annoyed by my complaining. “We have to get to the airport. We are walking because we don’t have a car and it is too dangerous to sit in a taxi with Katrina. She couldn’t not say that she’s a princess or mention this case if her life depended on it.” Monica explained. I could definitely believe that. 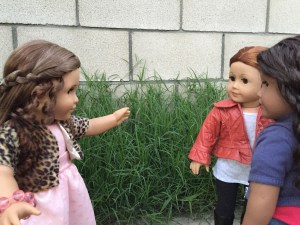 “Hey! Are you two done whispering? Did you forget about ME? And another thing, I am FREEZING!” Katrina stated while raising her voice. I was so cold that I had forgotten I was cold. I forgot how cold it had been getting at nighttime, and it was almost night now. 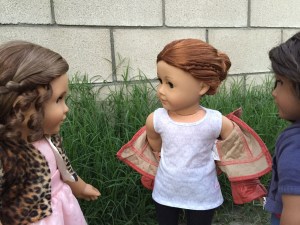 Monica walked over to Katrina and started to take off her jacket. 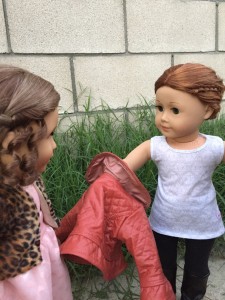 “Here, where this.” Monica told Katrina, and they each switched jackets. 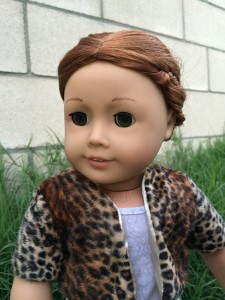 “Is that better?” Monica asked. 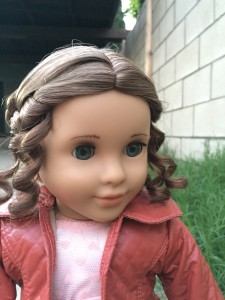 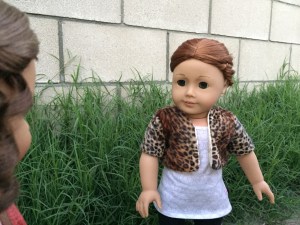 “Alright. We need to keep moving, I’m hoping to reach the airport before dark.” Monica ordered. 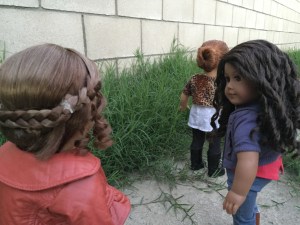 She walked away and Katrina just watched her. “Well, are you coming?” I asked. Katrina flashed me a look that said “Don’t speak to me.” But surprisingly she followed after Monica. She probably realized that she really needed Monica to protect her. 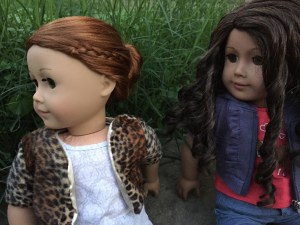 We walked on a while longer, and then Monica said, “We’ll rest here tonight.” I guess she changed her mind about reaching the airport before dark. I sat down next to Monica and we both stared at Katrina who was currently battling…. 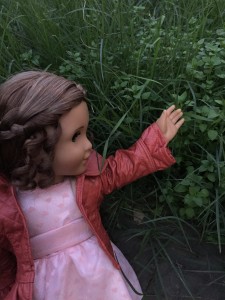 Grass. “Ouch, stop poking me!” She yelled at the grass as she tried pushing it away. 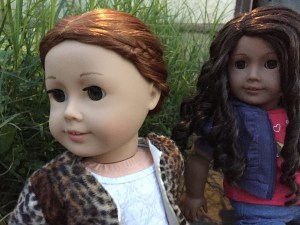 “Katrina, it’s just grass, it won’t hurt you. You can either sleep on top of the grass, or on the cold, hard ground. Which do you prefer?” Monica asked and I stifled a giggle. 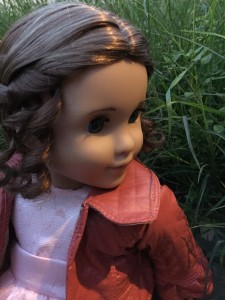 Katrina just glared at her. 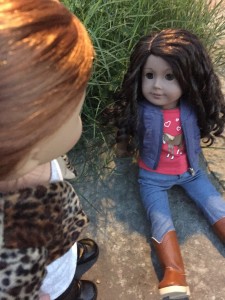 “Get some rest, Allie. I’ll keep watch tonight.” Monica said and walked away. 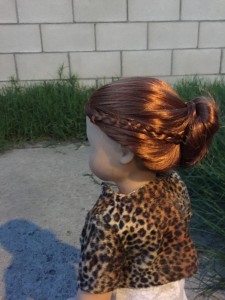 Monica seemed very troubled, so I decided to talk to her and see what was wrong. 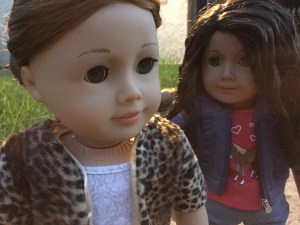 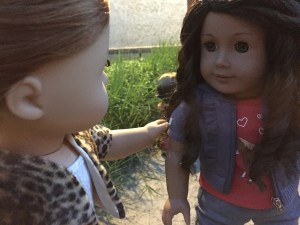 “You’re going to need to be brave, Allie. I don’t think you fully understand how dangerous and risky it can be to work on a case such as this.” She said and placed her hand on my shoulder. 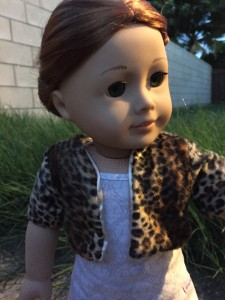 “We need to stick together. No matter what.” She said, and as I gazed into her eyes, all I could see was worry. I nodded and said, “I will do anything you tell me to.” And for the first time, I actually saw her smile. 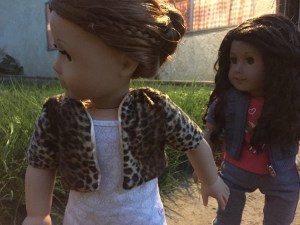 Then, within an instant, her smile was gone and she spun around quickly. “What is it?” I asked. She shushed me and said, “Wait here. I heard something.” 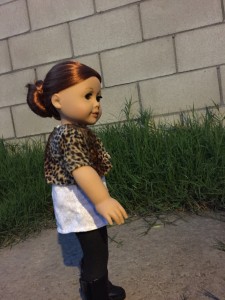 I watched her as she looked all around. Then I noticed her squint her eyes and widen them again. She had seen something.
She ran back towards Katrina and said, “We need to get out of here! Now!” 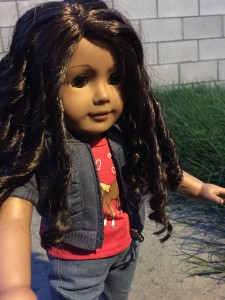 “What is it? What happened?” I asked, quite panicky. 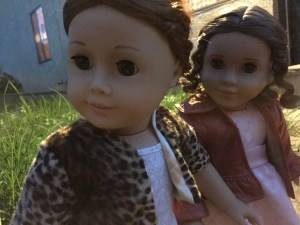 “Someone’s on to us. Now run. Run!” She yelled and dashed off with Katrina right behind her. 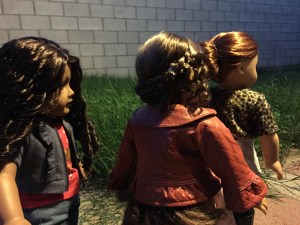 I didn’t know what was happening. Who was on our trail, and how did they find out? All I knew was that we were running for our lives into the dark, cold of the night.

And that concludes part 3!! I love cliffhangers, they’re so suspenseful! 😀 Part 4 will be coming soon! 🙂

26 Responses to The Disappearing Heirs~ Part 3